There has been a lot of concern online about screen problems with the late 2009 27 inch model of iMacs. Gizmodo has covered this extensively. I recently saw an Arlington, Virginia customer’s 27″ iMac that had developed screen problems. I used PiXel Check to change the screen to one color to see the problem more clearly. I took the photograph below which shows the streaks and smudges that have formed in the top right corner of the monitor. (Note: The fading at the bottom of the screen is only a camera effect of photographing the screen.) 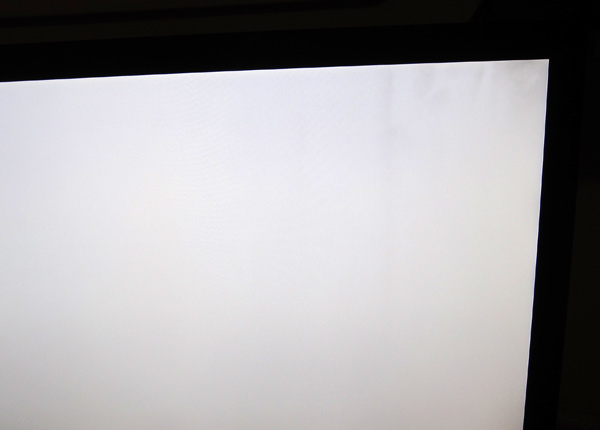 Happily, Apple dealt with this well. An Apple representative needs to see the screen problem in person, so a phone call to Apple Care doesn’t help. The customer made a reservation with an Apple Genius at the Clarendon, Virginia store. After looking at the screen, the Apple Genius immediately said that the LCD screen would be replaced free-of-charge.

Unfortunately, the Apple store needed to order the part so the iMac will not be fixed for a few days. The customer opted to bring the iMac back when the part arrived so that he could still use it.

The Apple Genius said that they had seen this problem many times before. So check your screen, especially if you have a 27″ iMac.

Some online reports suggest that Apple has fixed the problem. We hope that’s true and that the replacement will work long term.