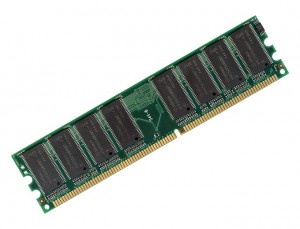 You should test new RAM to make sure that it works. You should also test existing RAM when your computer is acting weird. Computer RAM does go bad. When it does, you can see erratic behaviors such as computer freezes, incorrect screen drawings, and corrupted files. Most people assume that this is due to a virus.

A few years ago I saw a manager in a Reston, Virginia office reprimand an employee because the manager assumed that the employee somehow infected a computer with a virus. The important computer documents had been corrupted and could no longer be opened. We figured out later that the real culprit was just bad RAM that had incorrectly written the files to disk.

Testing RAM on a PC

Using a bootable CD such as Ubuntu or the Ultimate Boot CD as described in my Live CDs post will allow you to run utilities to test PC RAM.

Testing RAM on a Mac 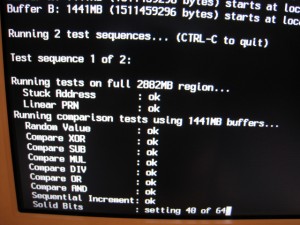 Thanks to command-tab.com for creating a utility for thoroughly testing RAM on a Mac computer. Run their install package, shut down the computer, boot up while pressing the Command and S keys (to go into Single User mode), then type memtest all 2 in order to run the memory test twice.

I recently ran this test after adding more RAM to a computer for a Washington D.C. customer.  The test showed that the new RAM had no problems.