Comcast has cheap internet for people who get government housing or food assistance, and now also offers this for Veterans. For $10/month you get 15Mbps/sec download and 2Mbps/sec upload. This is 10x faster than the old DSL speeds and more than fast enough for streaming HD video. There are no charges for setup or equipment (modem/wifi router). If you qualify, it’s a great deal.

I only wish this was promoted more, as there are lots of qualified people who have big $100/month bundle deals because they don’t know other options exist.

Through the Internet Essentials website from Comcast, customers can also order $150 computers. These are slower desktops and laptops (currently with Core 2 Duos and i3 CPUs) but they come with Windows 10, Office, and Norton Antivirus preinstalled. This is also a great deal if you qualify. Each household has up to 2 years to purchase the computers and can purchase up to 3 computers. CDI is the partner that runs the computer sales and they can be reached at 888-234-4272.

I recently had to diagnose poor ethernet speeds in a home in Arlington, VA. A person was getting 60 Mbps/sec, certainly not bad, but far less than the paid for 100 Mbps/sec. The problem was first diagnosed by going to speed test websites:

This computer had FIOS, so I plugged a testing computer I had directly into the ONT (optical network terminal, where the fiber enters the house). From there I did get 100 Mbps/sec, so I knew the culprit was within the home network. I next tested the speeds from the home router. Those speeds, over both wifi and ethernet showed the slow speeds. So the main culprit appeared to be the cable connecting the ONT to the router.

To test the cable, I used iPerf, one of my favorite speed test tools. To buy a dedicated device that tests speeds can cost in the thousands of dollars from a company like Fluke. This is because you’re essentially buying a computer to do the tests. iPerf is a free tool that just uses your computers for the testing. You need to install iPerf on two computers and run one in client and one in server mode.

I used iPerf to test that suspect cable and got the following results:

A good cable should get 10x this speed. So I re-terminated one of the cable ends to see if that would fix the cable. I couldn’t easily replace the cable since it took a difficult path through a wall. Happily fixing one end of the cable gave me the following iPerf results:

This is what an operational cable’s results look like, showing gigabit speeds.

I next tested other ethernet jacks and the WiFi using iPerf and everything else checked out.

Unfortunately, this kind of testing isn’t widely performed. Most people don’t noticed degraded speeds in the first place. And if they do notice, they don’t know where to start to figure out the problem. Comcast and Verizon don’t normally perform this level of testing in my experience. Once the internet providers see good speeds getting to the house, they let the users deal with local network issues. 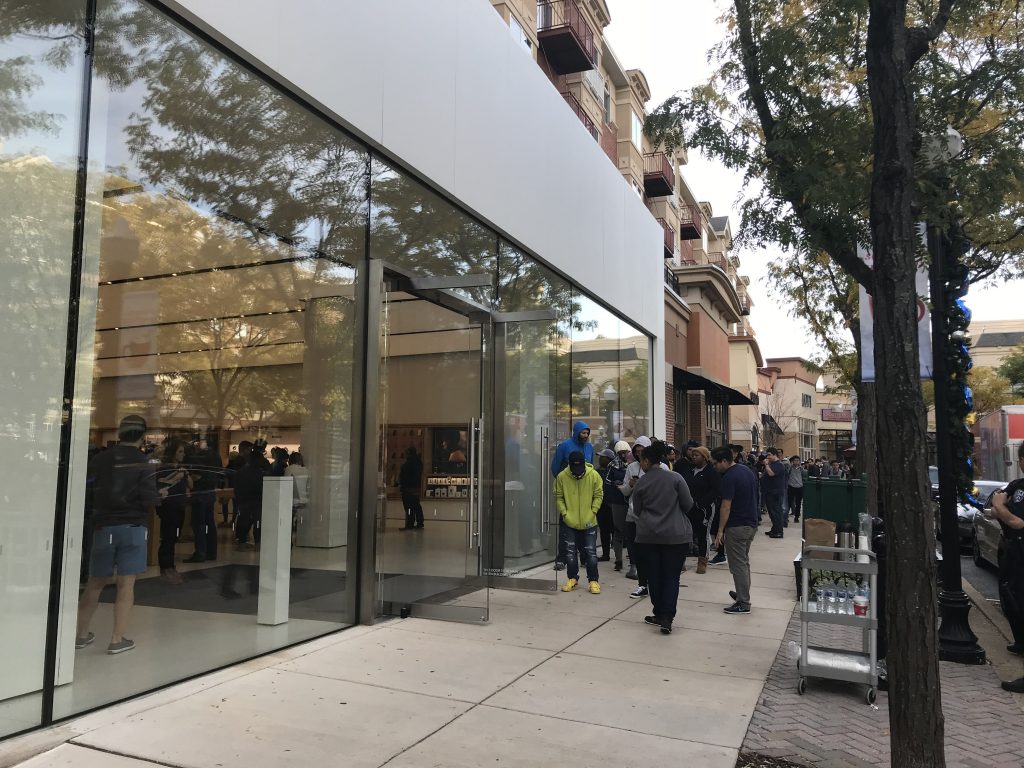 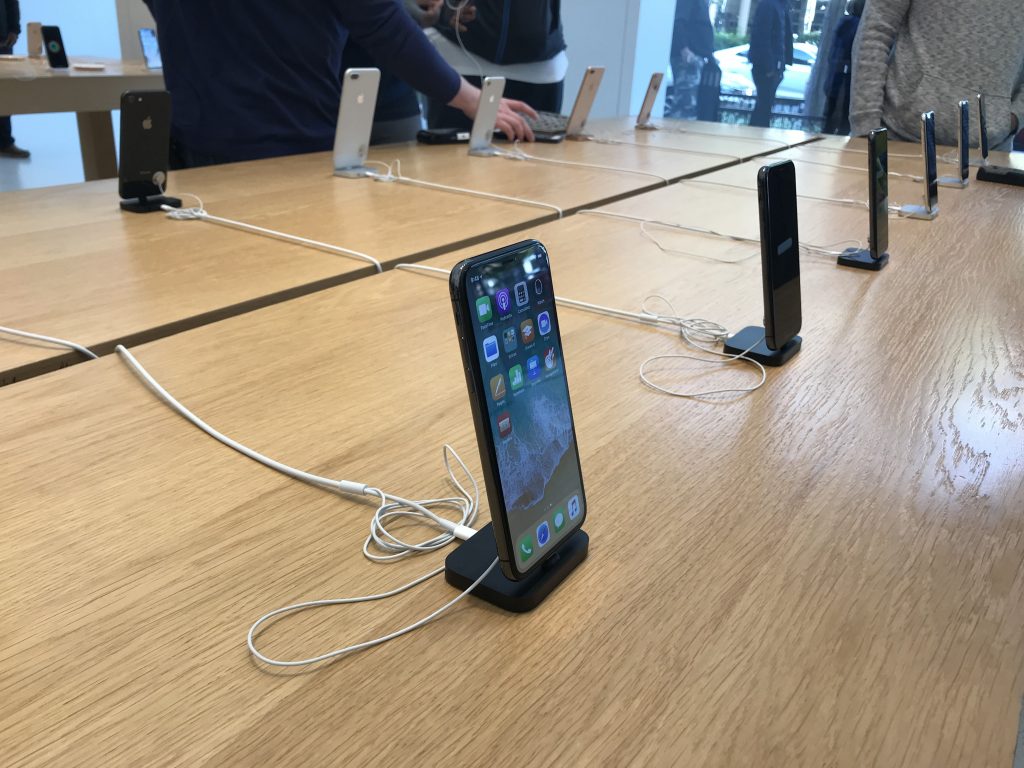 The iPhone X is expected to be the most in-demand phone ever, relative to supply, when pre-orders begin at 3:01am eastern U.S. time on Friday, October 27th. If you want the phone early, here are suggestions, assuming that you are upgrading from an existing iPhone:

It’s unfortunate that the few extra minutes needed to go through a purchase program could cost you weeks in waiting for the phone.

You could try using the apple.com website as well, but in past years the Apple Store app was the fastest method.

Don’t order anything else at the same time as the phone as that would also delay things. If you want a phone case, go in later to place that order.

And yes, this is all excessive consumerism and no one “needs” this phone. But if you’re going to get it, you may as well get it first.

UPDATE: For my future reference, the carrier still needs to verify the account, needing the last four of the social and the zip code of the account. Constantly killing and restarting the Apple Store app appears the best way, although this year the website started up soon after.