Windows often fills with malware and junk when kids are trying to install games. These are often “browser helpers,” alternative browsers, or other search tools. To fix these junked up computers, many users install more malware that is pretending to be helpful software.

Much of the software can not be removed using the standard “Add or remove programs” tool built into Windows. That’s when I turn to Geek Uninstaller, a lightweight tool that can force the removal of pernicious software and related traces left in the operating system registry.

It’s almost time to retire your Windows XP computer. On April 8, Microsoft will stop patching Windows XP with security updates. This means that it could be insecure computer when connected to the Internet.

XP has lived a good life. But if you’re still running it on an old computer, consider upgrading. Now you have more choices than ever. You could get a PC (with Windows 7 or 8), a Mac, an iPad, or a Chromebook. Or, if you  want to save some money, you could install Linux on your existing Windows XP computer for a fast secure web browsing computer.

We’ve seen a recent rise in “ransomware” that infects and encrypts computers, then demands money for you to get your data back.

The name of the virus is CryptoLocker. The US Computer Emergency Readiness Team has a good write up on CryptoLocker.

To avoid this ransomware, we recommend using a Mac which can not be infected. Or just keep your PC antivirus up to date and avoid clicking on links on email or websites that you are unsure about.

While there is a free solution for printing from iOS using a printer connected to a Mac, Windows has a good paid solution from Collobos called FingerPrint 2. If you’re looking to print from your iPad, iPhone, or iPod Touch, this is a simple solution that costs $19.95. 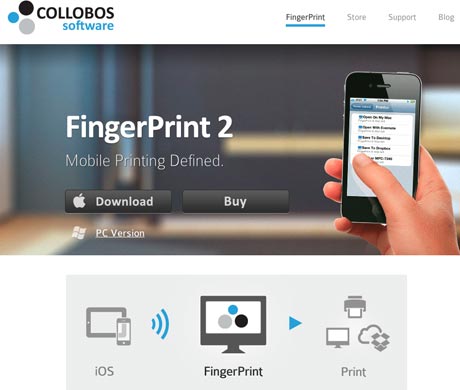