I like Google and knew that they were attempting something new and audacious with their Google TV. I knew that it had been horribly reviewed and that all the major networks blocked their content from the device. But it wasn’t until I opened my review unit of the Google TV Revue by Logitech that I fully appreciated what a disaster this product was. 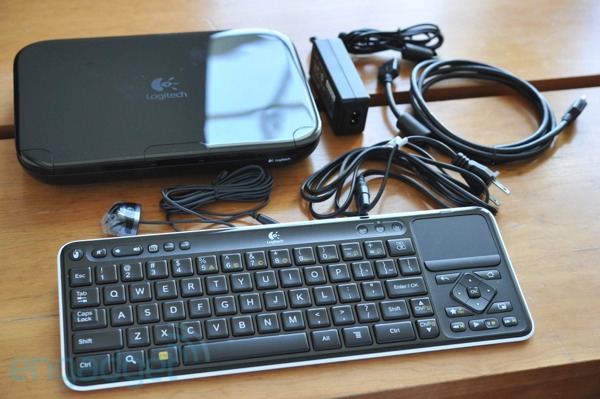 Yes, Google TV is open, which I now see means that there is no consistency in App design and interface. There are no standards for layouts or buttons. Do I use a mouse or click buttons? Use whatever you want.. it’s different in every app and very confusing.

At a few points, I got the message that an application was not responsive and asking if I wanted to force-kill it. That’s not something most people want to deal with on a TV.

The Logitech Revue takes in the video feed from your cable box or DVR and then overlays its content on top of it. This way you can put the live TV feed in a corner box while browsing the web. The downside? The video is re-encoded and therefore degraded in this process. I wasn’t even looking for it, but noticed that the colors and shadows were far more muddy than they should be. I then switched back and forth on the same content and could easily see the problems introduced to the video feed. Audio? Your 5.1 surround sound is converted to stereo.

The whole idea of Google TV sitting on top of my TiVo DVR doesn’t work for me. If I search for content and the Google TV thinks it’s on live, it will attempt to change the TiVo channel for me. But if my TiVo responds, “Currently recording something else. Do you want me to cancel that other recording?” the Google TV doesn’t know it. It’s clunky and confusing. Just keep my boxes separate or fully integrated (Google TV built into my DVR).

There is remarkably little content for the Google TV. Most of the content felt like shells for the web pages. I had to click on the option to expand the video to full screen.

Google TV does have Netflix (what box doesn’t today?), Amazon, and Pandora, but many of the other applications either didn’t work or worked sporadically. This is on the latest firmware as of Christmas 2010.

Google TV might be an upgrade if you’re running a Web TV 2.0 box from 2004. But with Apple TV, Roku, Windows Media Center, and a host of “hacker” systems from Boxee, XBMC, and Plex, there are many alternatives now that do far more for less money.

I applaud Google for trying to move into the living room, but this box needs to be redesigned to be user friendly for non-engineers. It needs a consistent user interface and more content.

Google says that they’re continuing to develop Google TV, but Logitech has stopped making this Revue unit and the products planned for CES have been cancelled. Lets hope that Google takes this break in product development as an opportunity to rethink their approach to entering the living room.