Amazon recently launched a new service, currently just for Prime members, called Amazon PrimePantry.  The idea is you can order certain pantry-esque items (no cold food) and have them shipped in 1 big box for just $6.  I ordered an assortment of items that I thought might be challenging to deliver intact.  Amazon’s goal is to have it delivered within 4 business days.  The selection of items is rather limited but clearly Amazon is launching with items they believe they can handle successfully.

The first snafu came with the delivery timeframe.  It arrived late but Amazon did refund me the $6 shipping as they always do when an item is late.  Since I had ordered some detergent, toilet bowl cleaner, and water, that made the box rather heavy though it arrived with minimal damage. 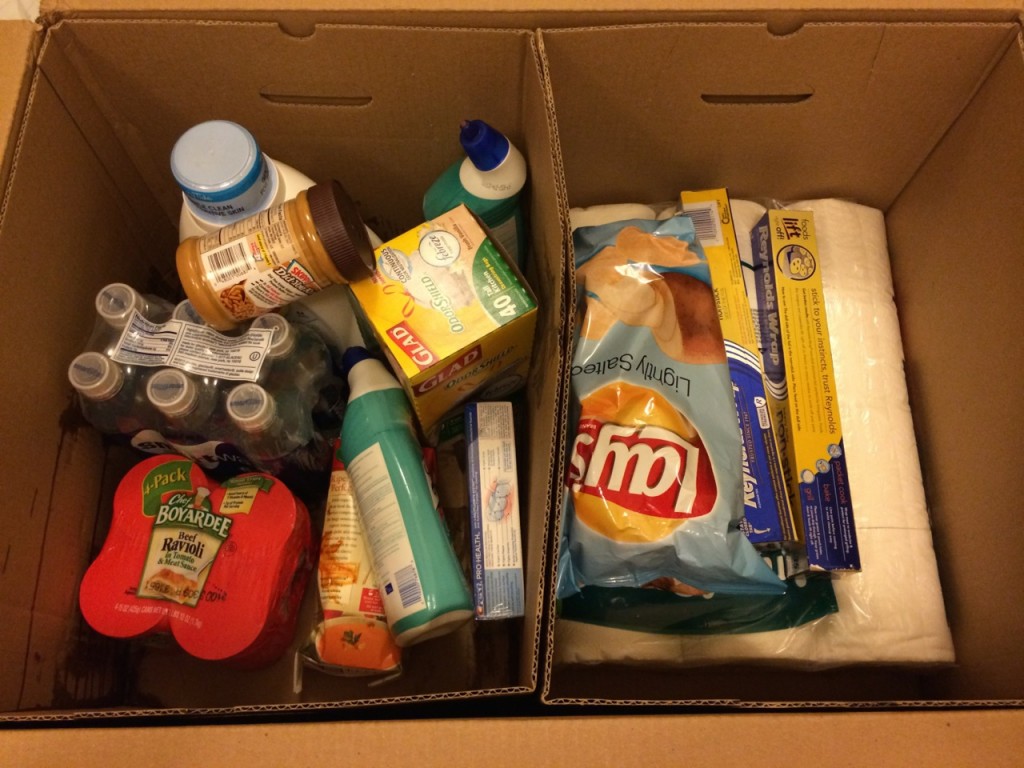 At first glance, things appeared fine.  The toilet paper and chips were not crushed.  Items were grouped into two compartments.  Unfortunately, once I started to remove items from the left side of the box, I noticed everything was sticky.  I assumed something must’ve leaked.  Sadly, two items had.  The detergent had a small crack in the bottom and the soup box had been malformed to the point of leakage. 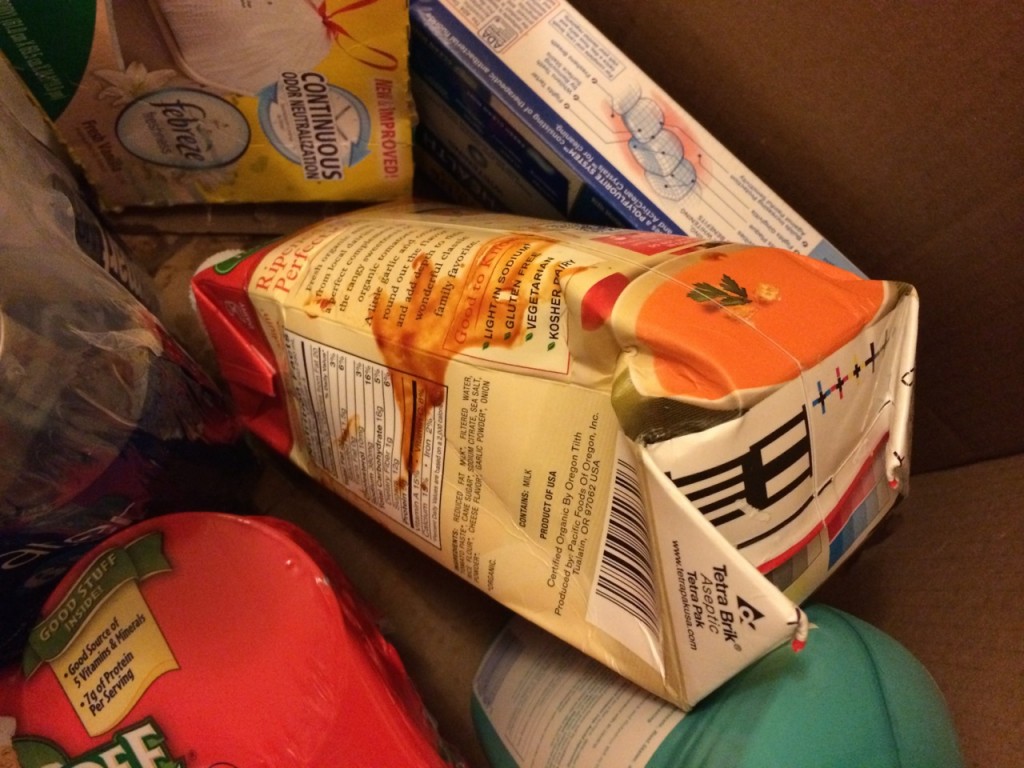 Oh, the carnage!  Someone has shot my soup!  Who would do such a thing?  I suspect Chef Boyardee.

Sadly, I think local groceries don’t have much to fear from PrimePantry quite yet.  The prices were nothing special and waiting 4 days is a little too long for most people.  The potential shipping problems are obvious.  I suspect this is currently just an experiment for Amazon which is why they’ve limited it to Prime members.  There are rumors that Amazon is looking into becoming their own delivery service which would replace the likes of UPS who delivered this order.  When and if that happens, Amazon might be able to provide the delicate care such a delivery needs.  In the meantime, its hard to recommend.