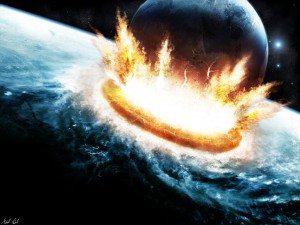 Is it time to buy those boxes of ammo and head for the hills? We’ll see.

This Wednesday, April 1st the Conficker worm will do something. No one knows what. But it has security experts up late. It is believed that at one point Conficker was on 6% of the world’s PCs. This has been reduced dramatically by the work of Microsoft in issuing special patches for the worm. But hundreds of thousands of PCs are still estimated to be infected.

Early this month, Symantec’s security researchers began noticing that the worm was changing in order to avoid steps to interrupt the worm’s links with its hacker controllers. The first versions of the worm generated a list of 250 possible domains each day that could be used to route instructions from hackers. The new edition uses a list of 50,000 URLs in order to overwhelm security researchers.

Typically hackers use large botnets of computers to commit distributed denial of service (DDOS) attacks against websites. The hackers will demand that large websites pay them in order to be spared.

If you are worried about your computers or those of people you love, you can read Microsoft’s alert and my earlier post on how to prevent and remove the virus.

Since I started working with music studios 20 years ago, I have seen what would have cost $100,000 with reel-to-reel tape equipment now come down to $10,000 with computers. Even more amazing is that home studios which used to rely on muddy sounding 4-track cassette recorders can now produce inexpensive high-fidelity recordings through a computer. 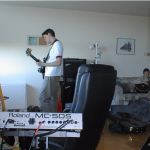 The first question to ask yourself when setting up a studio is Mac or PC. While great software exists for both platforms, the Mac is generally more popular for musicians.

While recordings can be done using a laptop, generally you will want a more powerful system in order to add more channels and effects. Effects like reverb can be very processor intensive. If you don’t have an isolation booth, remember to get a quiet computer so that it’s humming doesn’t leak into your recordings. This is another reason that Macs tend to be popular.

The software that records both audio and MIDI (keystrokes, pressures, pitch, etc.) is typcially referred to as a DAW (Digital Audio Workstation). These include Logic, Cubase, ProTools, Cakewalk, and many others.

Logic was made by Emagic, then bought by Apple in 2002. It is my current favorite and the Studio version comes with loads of virtual instruments that can be played via MIDI.

This is easy to use and included in the iLife suite. It is still very powerful and is built using the same engine as Logic.

Cubase is an excellent DAW for PC users.

Korg, Roland (and Edirol), Yamaha and others make keyboard controllers that can be used to control virtual instruments. Depending on the type of music, this can be very helpful. Virtual instruments come with DAWs and can be added on separately. They vary from unreal synthesizer sounds to professional pianos and organs.

Midi and Audio Ins and Outs

PreSonus of Louisiana makes the Firebox that is inexpensive, small, and perfect for very small studios, assuming that you need no more than a couple of Mic/Guitar inputs at a time. For larger studios, they make the 26 channel FireStudio.

M-Audio is a popular name in Audio/Midi interfaces as well as keyboard controllers. They have a 26 Channel ProFire Audio interface and a smaller 6 in X 10 out Firewire interface.

Mackie has long been the most popular brand for mixers. The mixers can be used to send mixed down audio to a small Audio I/O box like the Firebox. Mackie also sells digital Onyx mixers that send multi-channel audio to a computer.

Mark of the Unicorn is another old name in audio and currently sells the Traveler-mk3 audio interface.

Where to Buy Stuff around DC

There is no one perfect solution for everyone. You need to look at your budget, recording needs, and see what hardware and software you are comfortable using. Check out these stores to see the equipment in person.

Chuck Levin’s Washington Music Center is my favorite local store for instruments and equipment. It has been here since 1958. Other local stores to visit are Guitar Centers in Falls Church, Virginia, Fairfax, Virginia, and Rockville, Maryland (formerly a Venemin’s Music).

Where to Buy Stuff Online and by Telephone

I saw this new “iPOOd” trowel at a Virginia REI store. Like an actual iPod, it is lightweight and has very few buttons. Unlike an iPod, it is good for digging. 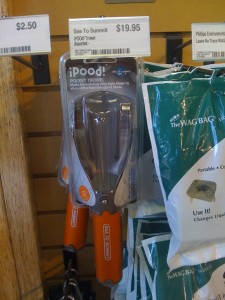 The free site Gazaro allows you to look up products and see pricing trends. You can see if the product’s price has dropped regularly or if you are at a high blip. Gazaro also identifies products that have recently dropped significantly in price.  Sign up is required, but there is no fee.

This is an example trend chart showing that Microsoft Wireless Notebook Presenter Mouse 8000 recently dropped in price at Amazon.

We previously mentioned several online real estate tools. Some other sites include:

HotPads is good for market research, as it breaks down household income, population density, age, and rent ratio. You can see in this map that the very north of Arlington has relatively few foreclosures, while everything beyond it in Virginia is near or above a rate of 1 in every 150 houses under foreclosure. D.C. and Maryland have fewer foreclosures, presumably because state laws there have made foreclosures take longer for the banks. 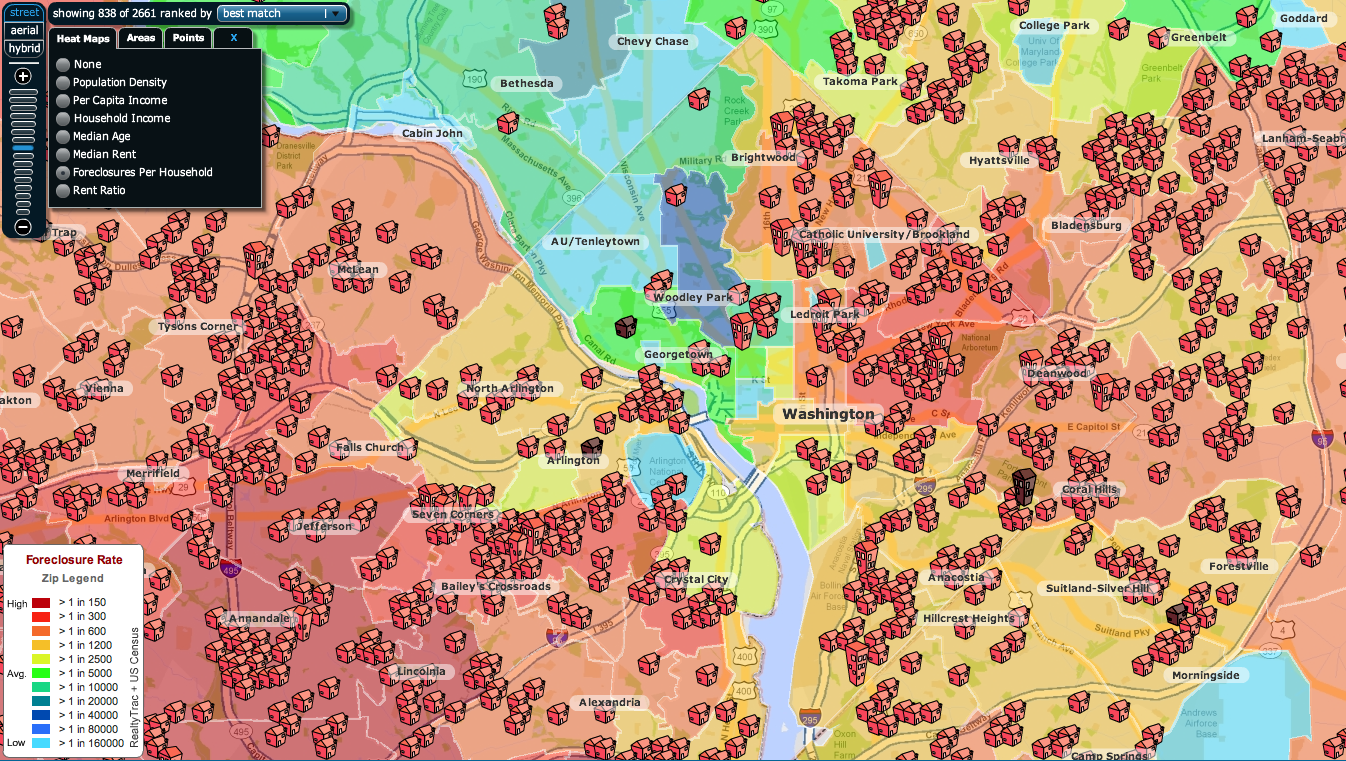 Homesdatabase is another search site that allows you to search for MLS listed houses without needing a realtor. 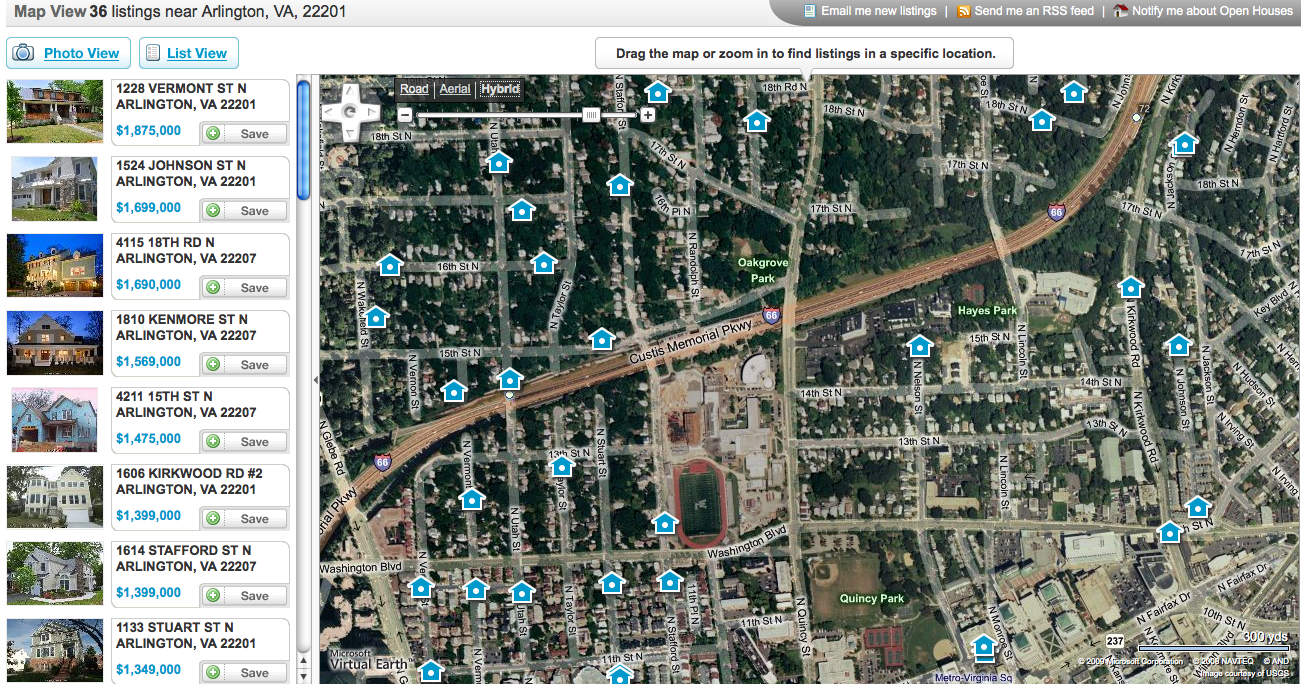